A Milestone towards Community Policing in Lebanon

The development of the strategic framework falls under the ministry’s efforts in promoting a community policing culture in Lebanon to ensure security institutions develop a greater understanding of and respond better to people’s needs. It puts people at the center of the Municipal Police’s mission and introduces tools that will transform it into a service for all. Developed in direct consultation with municipalities across Lebanon, the new strategic framework is the result of a partnership between the Directorate of the Internal Security Forces and the ministry’s General Directorate of Administrative and Local Councils.

“ The role of the municipal police is to protect and serve citizens while bringing their voices closer to institutions. This is their message and this is their objective. Their approach should be based on building trustful relationships with citizens. Efforts have been focused for years now on the development of municipal police work, based on such grounds, “says H.E the Minister of Interior and Municipalities Ms. Raya Haffar Al Hassan.

Five key tools of the strategic framework will help municipalities align their Municipal Police (M.P.) units along a people-oriented approach to security. These tools include standard operating procedures (SOPs), a Code of Conduct (CoC), specialized training for municipal police delivered at the ISF Academy, a unified uniform, and promoting the recruitment of both female and male agents.

“The municipal police strategic framework that the Ministry of Interior and Municipalities and the ISF academy are leading puts people at the centre. It introduces new competencies and skill sets for the municipal police officers, such as the capacity to listen to the population, engage with them, mediate conflicts in the public space; as well as to respond to the differentiated and diverse needs of the people they serve,” explains UNDP Resident Representative, a.i. Ms. Celine Moyroud.

With the launch of the strategic framework, a system that structures and aligns the mission of municipal police to meet community members’ needs is now in place. “Today’s occasion of launching of the Strategic Framework for the Development of Municipal Police comes as a positive indication that some institutions are ready to evolve into a role that has the potential of operationalizing human security foundations. The Netherlands has supported this initiative with the aim of improving human security by making security provision, management and oversight more effective and more accountable, within the rule of law and respect for human rights framework. Although both the Netherlands and Lebanon are small countries in size, today shows that we can achieve big results together. A stable Lebanon is what we all work for,” Explains Dr. Vida Hamd- H.E the Embassy of the Netherland’s Senior Policy Advisor- on behalf of H.E ambassador Jan Waltmans.

Eight pilot municipalities and one union of municipalities have received direct support to transform their M.P. units into ones that are people-oriented. Municipal police agents are in constant and direct contact with members of the community and, in support of this, specialized training – which includes communication skills in addition to a protection module – has been developed. This defined training helps municipal police communicate better with community members and respond to the security requirements of those in need – some of whom are children, refugees, and SGBV victims. More than 700 municipal police agents benefited from the training sessions provided at the ISF academy. Through this, the academy has become a resource center for the communication training of Lebanon’s security personnel. Importantly, it should be noted that a rise in the number of municipalities recruiting female M.P. agents has been recorded.

“The Municipal Police is the face of security and justice at the local level. Having security services that better reflect the diversity of the population they serve, improves operations and increases community engagement. Canada applauds the hiring of female personnel as it is essential for an effective Municipal Police.” Explains H.E the Ambassador of Canada to Lebanon, Ms. Emmanuelle Lamoureux.

Building on these achievements, the Ministry of Interior and Municipalities will support municipalities by disseminating the strategic framework’s tools and by ensuring its implementation across all municipalities of Lebanon. 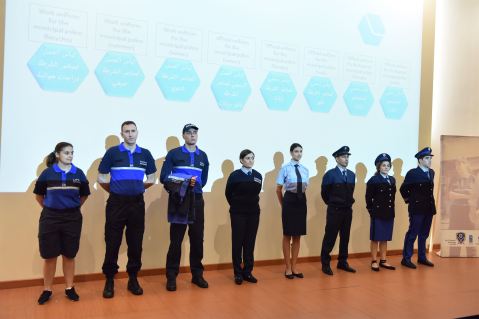 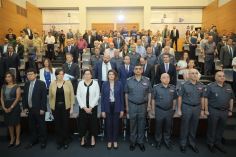 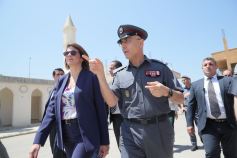